The new NYU Shanghai dorms will be spread across four towers in the Yaohua neighborhood. In contrast to the three current dorm locations (Jinqiao, Jinyang, and Pusan), NYU Shanghai plans to have all of its students and faculty live in the same neighborhood in order to create a more cohesive community. According to Dean of Students, David Pe, this will allow for a much more “connected experience for faculty and students in regards to the living and learning experience.” 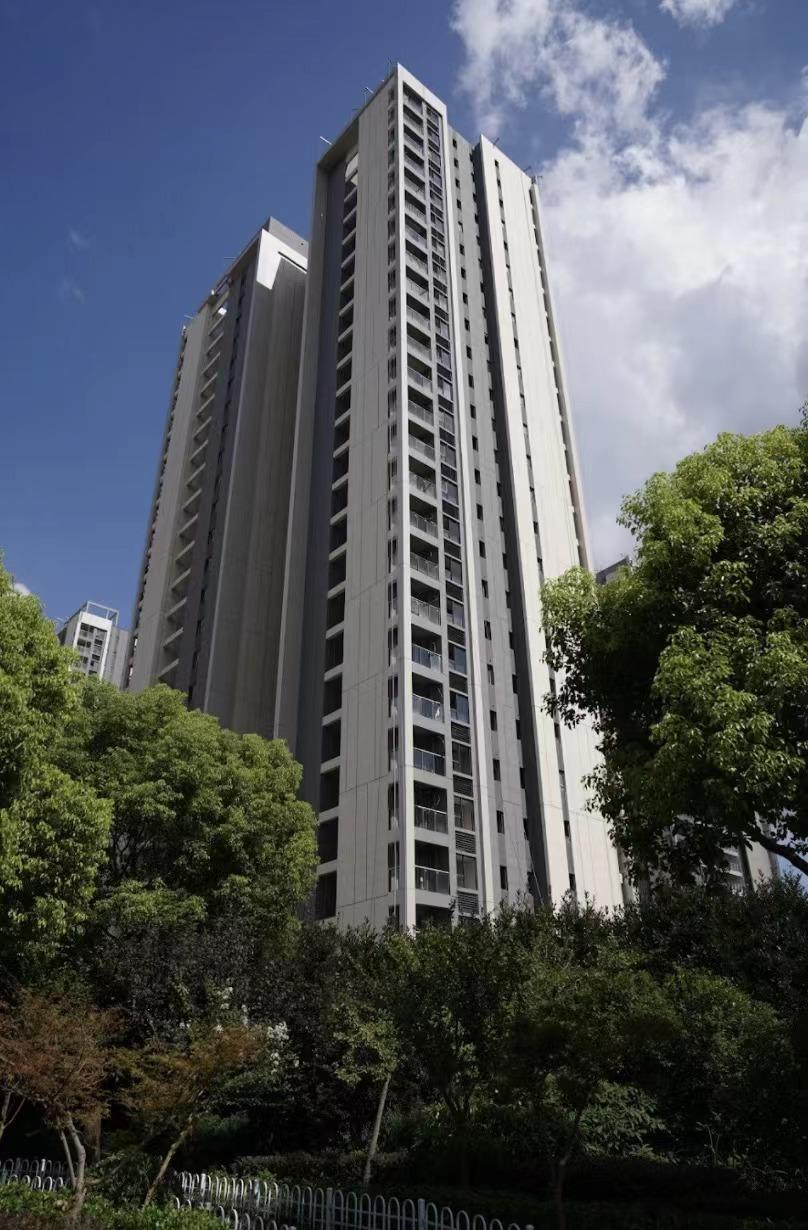 All of the units in the new dorms will be structured like apartments, with single, double, and triple rooms within each apartment, similar to Jinqiao apartment-style rooms. Students will have their own kitchen, bathroom, and washing/drying facilities in each apartment. In terms of expected change, the biggest “will be around space as students will have to be more responsible for their own units, within their own kitchens and bathrooms. It means that they will have to be more independent and be more on top of cleanliness,” said Dean Pe.

The average size of one of these studio spaces is 30-35 square meters, which is around three to four times the size of the communal rooms in Jinqiao. Within the dorms, the resource center will still be in one tower and there will be more communal spaces available such as study spaces to encourage students to study together in groups. According to Dean Pe, “it will mimic the Jinyang and Pusan type of spaces more so rather than the communal spaces in Jinqiao due to the layout of the buildings.”

Although the cost of dorms has not been finalized yet, it is expected that the price of the rooms will be around the range of Jinyang and Pusan dorms’ pricing. Since students will be receiving the same amenities that are found in Jinyang and Pusan, such as a private bathroom and kitchen, the rates are a reflection of the market cost of the space.

Additional facilities, such as a community gym, will be available on the building property for students who wish to pay for an outside membership. There are also restaurants and storefronts nearby that students can enjoy, although not an across-the-street mall that residents in Jinqiao neighborhood are used to.

Rules and regulations such as visitation hours are continually changing and guided by COVID-19 norms, so this information is currently unavailable. However, this will be the first time the NYU Shanghai community will be living together within one neighborhood. According to Dean Pe, “we are not going to have the same problem of movement between Jinyang, Jinqiao, and Pusan because it will just be everyone at Yaohua.” As for the restrictions on general pets, they will remain the same, with the exception of fish, which will only be permitted in the compounds if an accommodation has been approved by the Moses Center for Student Accessibility (CSA). 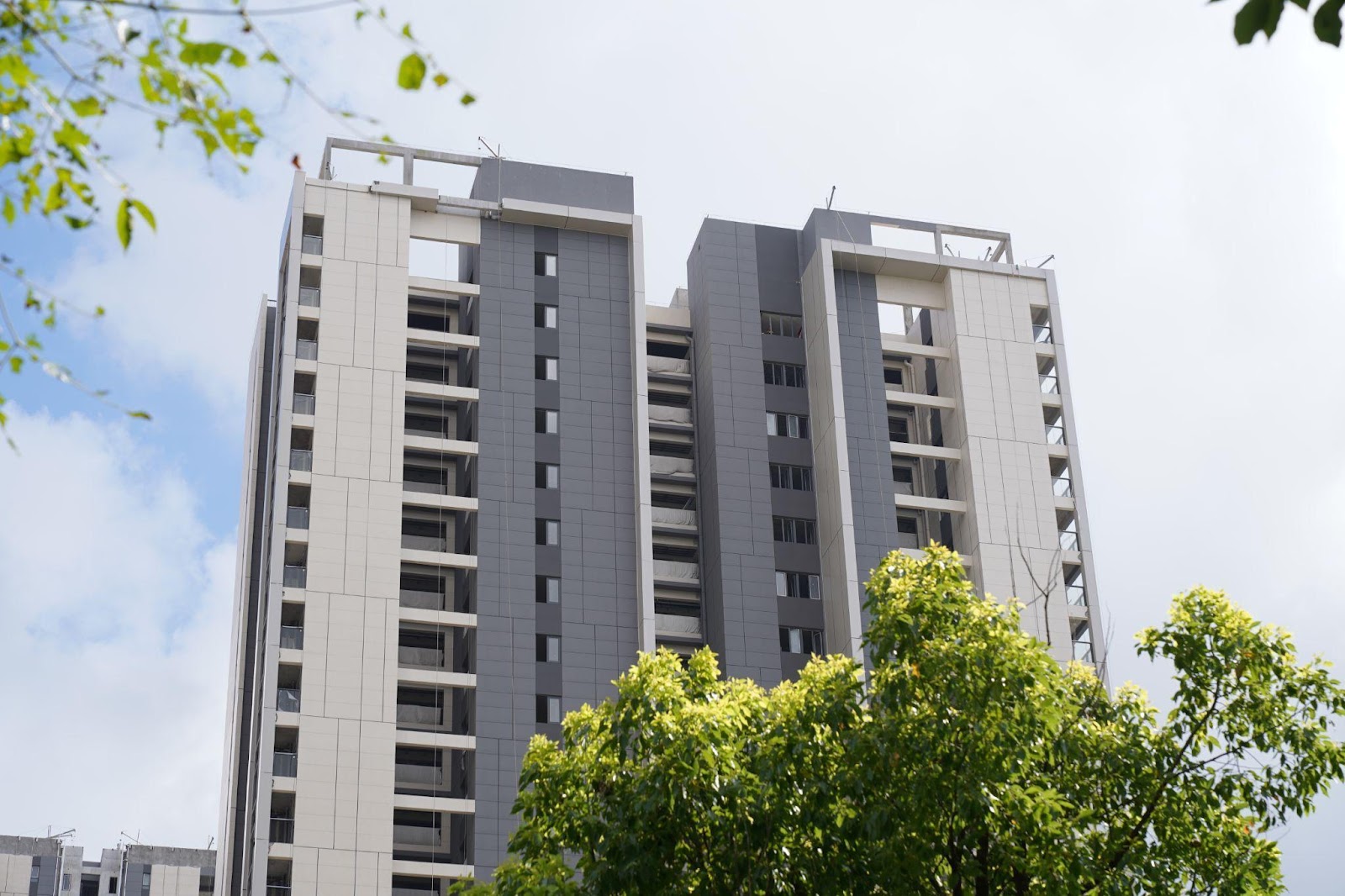 In terms of transportation, shuttle bus services to the academic center will still be provided and available to students during the semester. Compared to the present 6 to 7 kilometers from Jinqiao to get to the academic building at Century Avenue, the new dorms at Yaohua neighborhood are only 2 kilometers from the new Qiantan Academic Building.

Since “it is not in the high-peak traffic zone, the movement on the shuttle will get students to campus within 10 minutes or less,” said Dean Pe. “There is also a beautiful bike path that students can also take if they decide to use the various shared bikes,” he said. This leads directly to Qiantan Taikoo Li Mall, which is close to the Qiantan Academic Building. The closest metro station to the Yaohua dormitories is Line 7 Houtan Station which is a 10-minute walk away.

Renovations are now ongoing, with two buildings set to be completed by the end of April. Furniture will be installed over the summer, and official move-in will begin in August, just in time for the fall term. Students will be provided with information sessions to help them understand the housing procedure and assist in their application process.

Finally, students and faculty members who are interested in visiting the campus and the new dorms can attend information sessions and bus tours that will be announced at the end of semester. Especially for students who will be studying away and won’t be able to experience their first year at the new Qiantan academic building or the Yaohua dorms, this will be a way to show them their new home when they return to Shanghai.

Next article: Student Issues With Food and Food Supply During Lockdown